Over 2000 people attended the Piece Hall in Halifax where Refugee Week and the Great Get Together were celebrated.
It was organised as a partnership between the Piece Hall and Calderdale Valley of Sanctuary – a network of organisations and individuals supporting experts by experience (asylum seekers and refugees).
There was a free hot meal given out by four different kitchens – each with two choices – so 8 different types of meals from different parts of the world. When 800 meals had been given out there was nothing left.
The performances were also from around the world – with live music, songs and poems. Children were dancing in specially prepared performance – ending with everyone being able to dance.
Special thanks go to the four cooking teams, to the performers, to the organisers but not least to the Piece Hall that provided all the infrastructure to make it such a successful day.

Many thanks to the Alyssium choir which arranged an amazing concert at The Birchcliffe Centre in Hebden Bridge on Sunday 19th December in support of Together We Grow. The concert raised £299.74. An amazing amount as only 40 people were invited to attend due to the current Covid-19 situation. That is why the concert was […]

Thanks to Lou for the four Christmas trees which are delivered to Halifax this morning along with walking boots, hifi, coats, shoes, balls, etc. Many thanks to everyone who has donated this. However, we now have to take a pause receiving donations. Have a nice seasonal break. 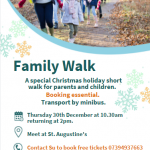